How Tug-of-War Can Resolve Your Dog's Hyperactivity

How Tug-of-War Can Resolve Your Dog's Hyperactivity

Let’s destroy an urban myth today. There seems to be a debate among dog lovers that playing tug-of-war leads to aggressive behavior and should be avoided. Balderdash!

Getting on the floor and playing this age-old game of strength with your furry friend is an excellent activity that helps unleash pent-up energy and improve their natural prey skills. Don’t listen to the naysayers out there who may have had a bad experience. Listen to the experts and published research.

“Tug-of-war is an enjoyable game for the dog, and playing it strengthens the bond between the owner and dog. Tug games can build confidence and help the dog use up excess energy,” Burch says. “Games such as tug-of-war provide mental and physical stimulation, and they can be used to teach a dog self-control.”

And if you don’t believe the good doctor, check out the science. According to a study published in the Journal of Applied Animal Welfare Science, tug games had no significant impact on aggression in the dogs. In fact, the researchers reported that dogs that played tug of war and fetch had more confident human interactions. The study noted that if the dog started the game, he or she tended to be more aggressive. When people started the game and set the rules, it helped promote positive behaviors in the dog.

Here are seven tips to help you and your dog bond while playing tug-of-war:

Be tender with puppies and younger dogs 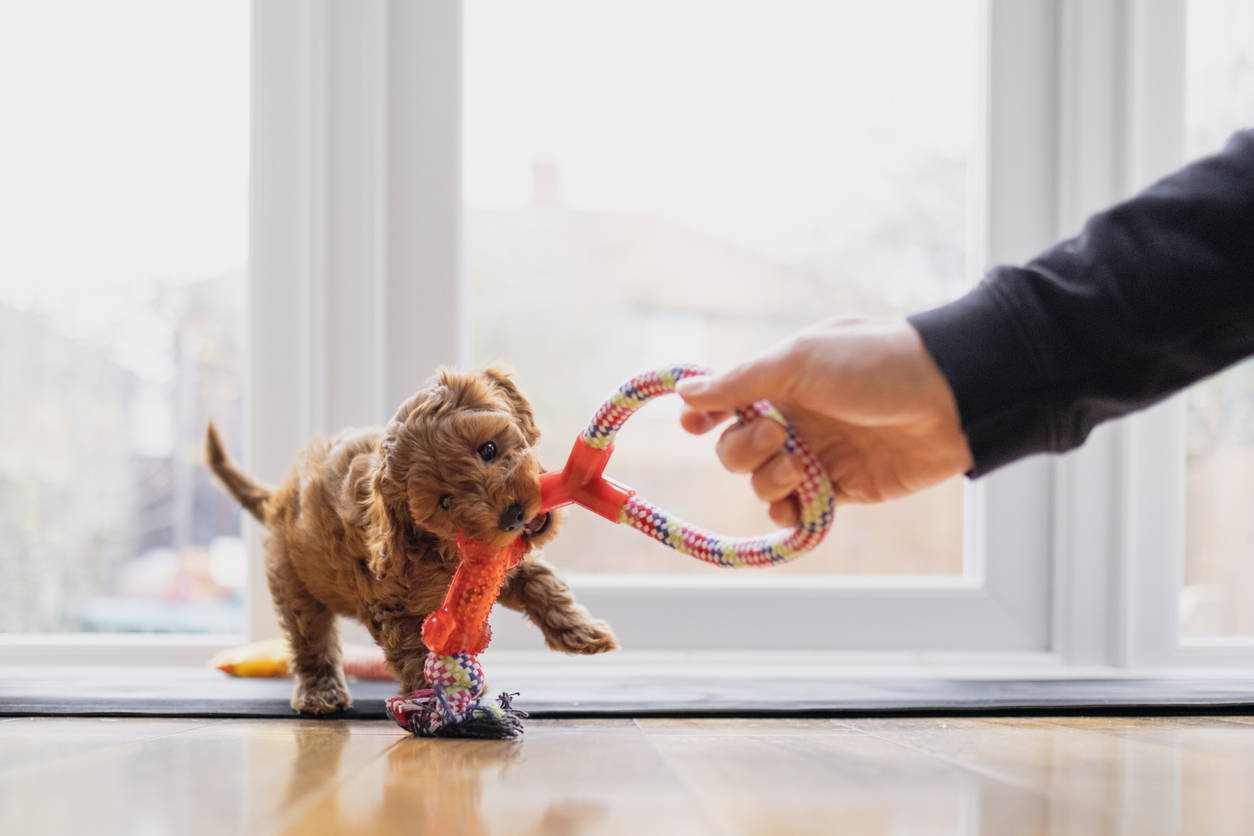 Tug games should be avoided while puppies are teething. They will want to chew, but rigorous tugging could damage teeth, gums, mouths and jaws in young, growing dogs. But it could be a good time to introduce them slowly to mild tugging.

Younger family members should not play the game

Children often have a difficult time reading canine body language. And this lack of communication can lead to improper behavior. It is recommended that an adult take the lead in the play activity and teach both the dog and the child.

You control when the game begins and ends

Do not let your dog be “the boss.” That’s your job. Teach your dog to settle down and sit before the game begins. You are also responsible for deciding when the game is over. Your dog will probably want to keep playing, but it’s important for you to set the rules, according to the study mentioned above.

Play with a smile 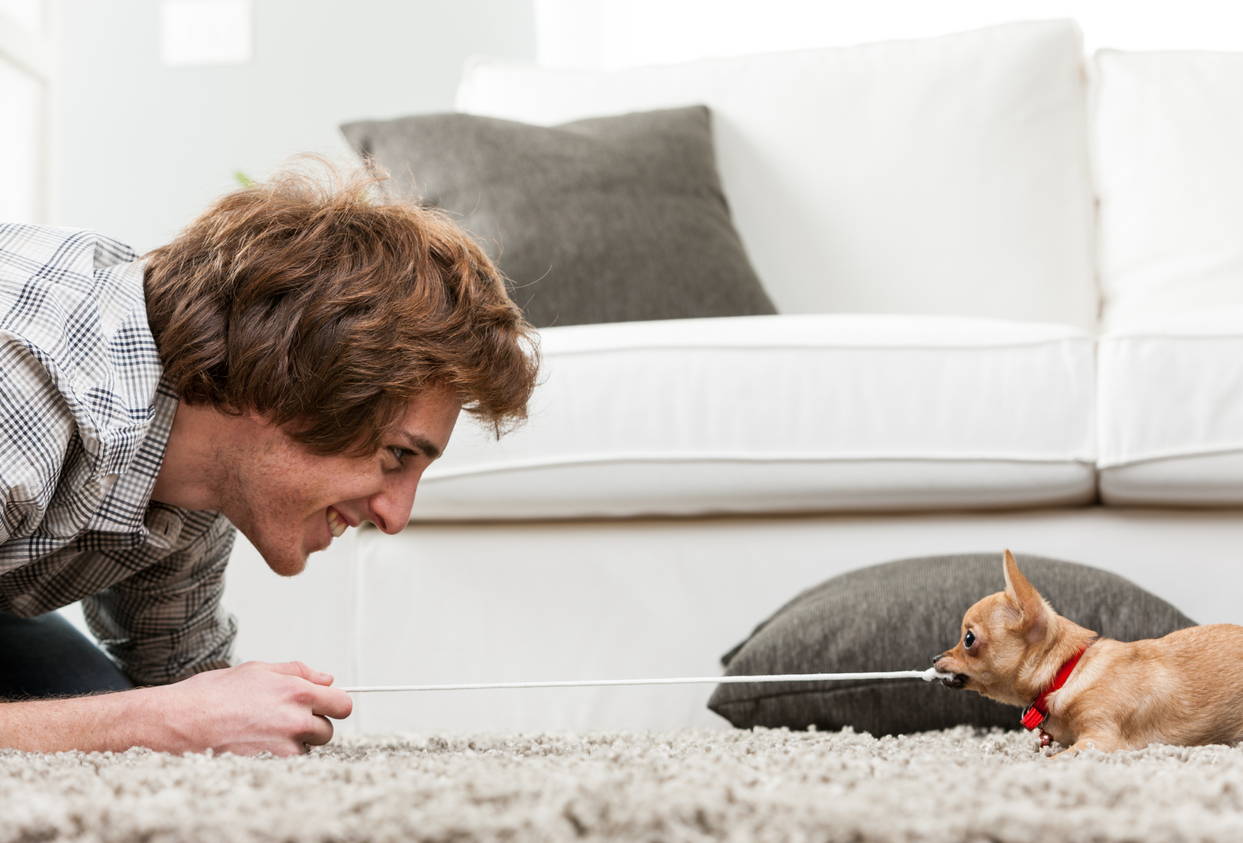 Make sure your dog understands that this is playtime! Smile and laugh and show positive body language when playing with your buddy. It’s OK to playfully snarl, but gauge your dog’s reaction to make sure he doesn’t get too excited. Your dog will feed off of your mood and energy.

Try to win at least 50 percent of the time

At the beginning, let your buddy win more than you – and congratulate him or her for being such a strong boy or girl. But over time, try to establish that you are the leader of the pack. Think of yourself as a coach.

Make sure the toy is tough enough for the game

The ‘drop it’ command must be understood 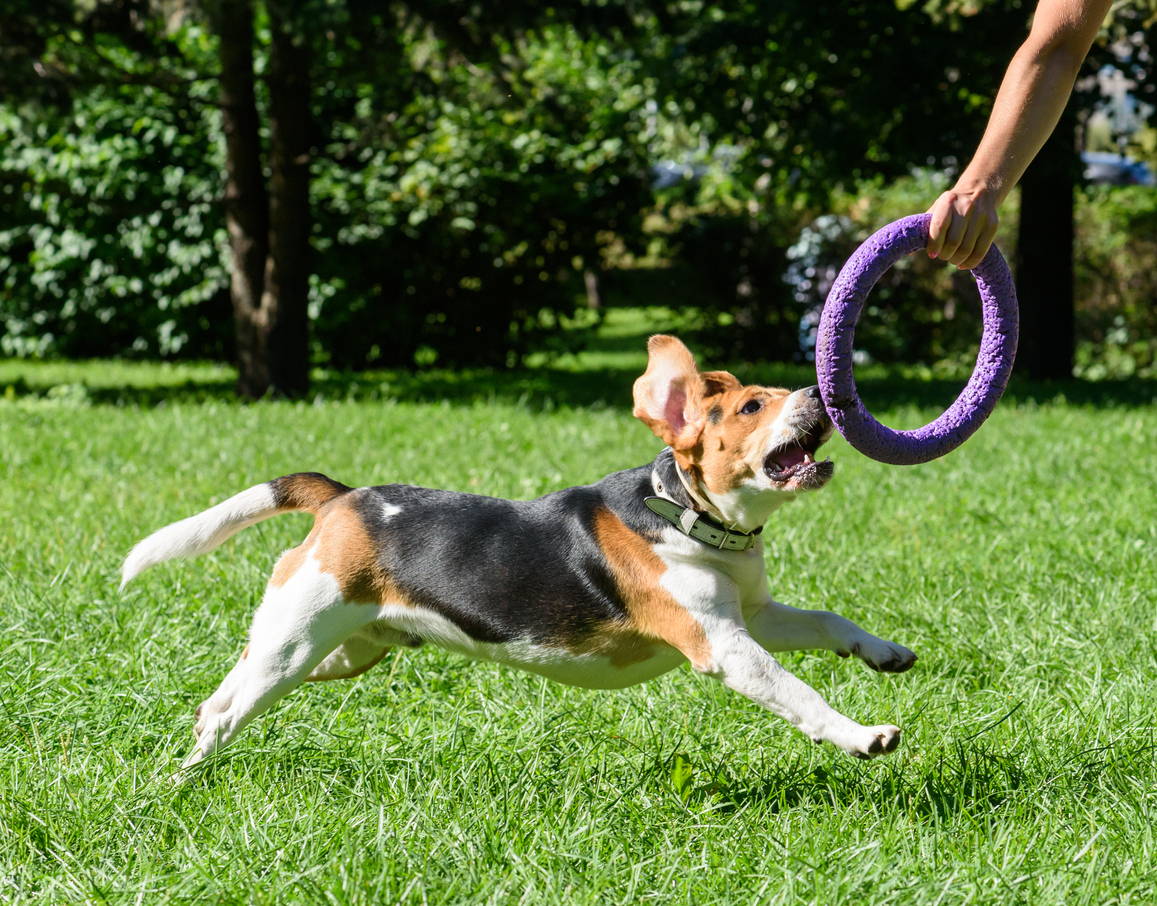 You must be able to control the game. You are not only a competitor, you are also the coach and the referee. (Dogs are horrible at making the rules!) During the first few games, use the command “drop it” and don’t tug until the toy is out of your dog’s mouth. Pretend the game is over and resume playing only after your dog releases the toy from his or her mouth.

Now get down on the ground and play!